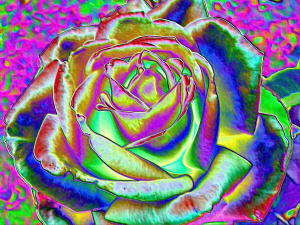 Sorry, I just couldn’t resist! I’ve been dying to use that line from The Sixth Sense at least once!

I do see dead people, though. However, in case anyone’s wondering, it doesn’t work quite like what you see in movies or on television shows like Ghost Whisperer. In other words, I don’t physically see your Great Aunt Tillie standing next to you, sitting in a chair in a corner of the room, or anyplace else for that matter. Not with my two eyes, anyway. And, if I ever did, it’s a pretty safe bet that I’d be just a little freaked out by the experience – at least at first.

What I do see are very vivid mental images of people, places and things that I have no way of knowing about otherwise. Occasionally, I’ll see a glimpse of a moving shadow, but so far, no full-scale 3-D apparitions. Sometimes, they’re very brief, fleeting images that last about a second or less. Sometimes, they’re a lot more detailed, and last longer. Sometimes, they come as a series of images, all connected to the same person. For example, during a reading I did during my mediumship training weekend with James Van Praagh, I was shown a series of images related to a woman’s grandmother, which included a kitchen with sunny, curtained windows, the color green, kitchen counters with everything neat and organized, a brown refrigerator, and a dark-haired, smiling woman. During a psychometry exercise that same weekend, I saw a sunny place with trees like palm trees and black hiking boots. The woman had recently vacationed in Hawaii, and she wears black work boots when she goes out in the field on her job. Not having ever met her before, these were things I couldn’t possibly have known otherwise.

As far as my own personal group of “folks” go, sometimes the images go beyond the visual, and include physical sensations, like smell and touch. It’s similar to a memory, but a lot more intense, as if I’m actually right there experiencing it all right now. I’d chalk it up to really vivid memories, but unlike memories, these are things I haven’t done. It’s hard to describe in words, but it would be like having a flashback of something you never experienced in the first place.

I also hear a lot of stuff. One of the most popular means my “folks” have of getting my attention is through music and song lyrics. Usually, I’ll hear certain specific songs actually playing on real radios and stereos in places I’d never expect to hear them – like hearing Trini Lopez in the local Walgreens. Really, what are the odds of hearing Trini Lopez playing anywhere these days, much less in the local discount drugstore? (In case you’re wondering, my dad used to play Trini Lopez albums pretty regularly when I was a kid, many moons ago.)

My “folks” also LOVE playing around with the music on my iPod! Now, to understand this, you have to realize that I currently have well over 800 songs stored on my iPod. (Yes, I’m an addict!) A perfect example of this happened on the train ride from NYC to Rhinebeck for the October mediumship training weekend. I had my iPod set to randomly play every single song on it. The train happens to pass by Sing Sing Correctional Facility (aka Sing Sing), in Ossining, New York. To say that the place gave me a pretty creepy feeling would be an understatement. However, in an attempt to “lighten the mood” I suppose, someone thought it would be a good idea to make Johnny Cash’s “Folsom Prison Blues” the very next song to play on my iPod. Needless to say, the sense of humor and timing was not lost.

The other way I get the music “stuff” is in my head. Sometimes, an appropriate and meaningful tune, song name, or song lyrics will just pop into my head at just the right time – either connected to a person I’m talking with, a situation, or in answer to a question. Sometimes, I’ll get the name of a song I don’t even know. Other times, it’s like an earworm – I’ll hear the same two or three lines from a song over, and over and over and over… like the other day, when the same lines from “Bésame mucho” kept playing in my head, even though I’d only heard it once or twice before, and that was about 20 years ago. Imagine having this running through your head for a few hours! I know exactly who it came from, too. Sometimes, it’s just funny! My “folks” have a great sense of humor, and they seem to know when I need a good laugh.

It works differently for different mediums, but that’s a bit about how it all “works” for me, personally.

How Ask A Spirit Got Its Start