I Have Two New Roommates 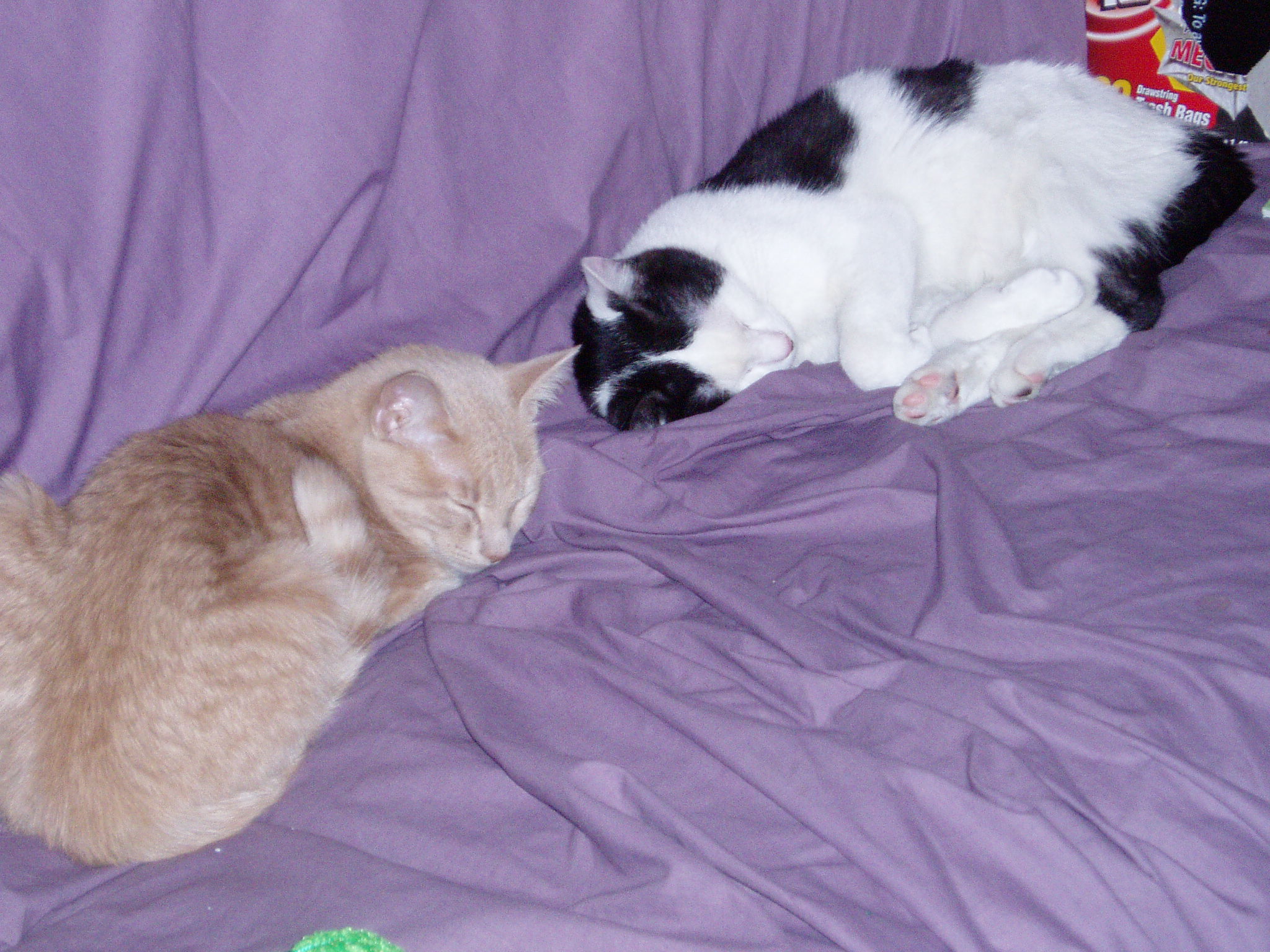 You can read all about them on their blog, The Tigger & Gateway Show.

Yes, they have their own blog and their own Twitter page – not because I’m a crazy cat lady, but because I needed a central place to share their progress and their pictures/videos with interested parties, like The Humane Society of NY (which is where I adopted them). I also wanted a means of illustrating how a blog, Twitter and various Twitter tools can be used to provide that central place, update it on a regular basis, and broadcast those updates to interested parties.

Long story short, after Theo died, I knew from past experience that I would be adopting again. It seems to be what works. The Humane Society had been helpful when Theo died, and there were several cats up for adoption on their site that I wanted to “meet”. The big question wasn’t whether I’d come home with one, it was how many I’d come home with. I was leaning towards adopting a pair. Well, while I went last weekend, and was totally blown away in a good way by my whole experience there. The folks at The Humane Society are awesome, and really love the animals in their care!

So, here I was being introduced to various pairs of charming cats, when the cat now known as Tigger caught my eye. I asked if they could take him out of his cage (which, by the way, was huge, with room enough for a full-sized cat bed, and then some), and he proceeded to purr, rub up against me, and lick my fingers. I was in love, but my only concern was that he was only 5 1/2 months old, and would be all by himself while I was at work all day. It must’ve been fate, because that’s when someone mentioned that he had made a buddy at the shelter. My eyes lit up and I said “He has a buddy??? Can you let him out, too???” And that’s when I met the cat now known as Gateway. Watching them play together, I knew they would both be coming home with me, and come home with me they did. It’s been just over a week now, and they’ve settled in quite nicely!